Business Guide: The Prospect of the Lunar New Year

Celebrating the Lunar New Year mostly signifies the outlook of prosperity and abundance for people and cultures of Chinese descent and those who follow the lunisolar calendar. With all the traditions, festivities and all things red (luck) that come with the welcoming of the new year, high consumer demand is expected. Because the Lunar New Year for them is an expression of bounty and overflowing blessings, high consumer spending has been evident year after year. And the 2019 celebration will surely follow the trend.The Prospect of the Lunar New Year

However, the ongoing trade tension between the U.S. and China is turning into a prospective threat to consumer demands and spending that is seen to soften during the season. It is actually viewed by the many in the trade and retail industries as a possible test to the resilience of the shoppers. 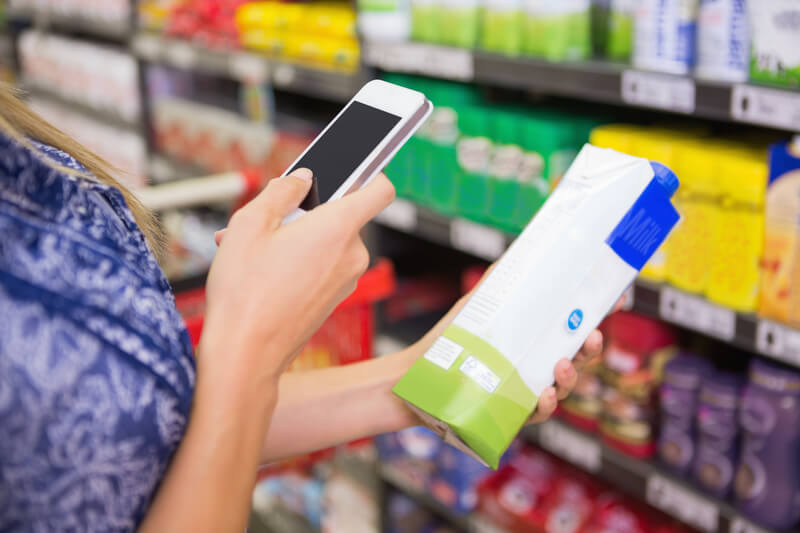 Despite this, the revenue proceeds from the celebration are still positive. Businesses can still benefit rewards and opportunities by mere participating. But those who will succeed this year in terms of profit are the ones who are aware of the traditions set by the new year and the ongoing market trends and maximize those in their marketing strategies.

The Lunar New Year is observed by a quarter of the world’s population. In the U.S., it is also widely celebrated since Asian immigrants stepped foot the ‘land of dreams’. In fact, the Asian population in the U.S. has been steadily rising and has grown 72 percent between 2000 and 2015 (U.S. Census Bureau*). There are already more than 20 million Asians living in the U.S to date. This is why the tradition of the Lunar New Year has been a staple celebration for the many in the U.S. Approximately, 60 percent of the Asian Americans are observing the Lunar New Year, spearheaded by the Chinese who covers 24 percent (4.9 million*), simply the largest origin group. Immigrants from Vietnam, Korea, and Japan who also celebrate Lunar New Year each surpass the 1.5 million population mark. All the other ethnicity are from West Asia and Southeast Asia.

Entire America enjoins the tradition and festivities of the Lunar New Year, so it is a very huge occasion in the U.S every year falling between January 21 and February 20. Big celebrations are especially seen in states with huge Asian Americans population, such as California, New Jersey, Nevada, Washington and of course, Hawaii.

While people are correct in referring the celebration as the Chinese New Year (Chunjie), they aren’t completely right or aren’t fully aware that other peoples and cultures also celebrate the Lunar New Year. In Vietnam they call it Tết Nguyên Đán, in Korea, Seollal, in Tibetan culture, Losar, and some more country celebrations according to their own cultures. Most common in their celebrations are the color red, a symbol of good luck and the Dragon Dance that is believed to dispel bad spirits and negative vibes.

The Lunar New Year is an opportune time that businesses have to take advantage of and sell as much as they can. The increasing demand for consumer goods and services are good indicators of a sound business brought to by the season. Let’s look at the past performance in terms of the most in-demand products and the upcoming consumer trends relative to the Lunar New Year.

The retail industry benefited largely with the Lunar New Year occasion where 2016 to 2017 sales increased by 11.4 percent. Top five performers with the strongest revenue growth are the sectors of Electronics, Home Appliance, Jewellery, Dining, and Travel.

To capture the moments coming with the new year, orders of cameras and related photography products is growing by 19 percent every year. Food and drink are also in-demand with a 28 percent rise. Health and wellness priority by many Asians saw an 83 percent step-up.

A significant increase in the travel sector is observed during the Lunar New Year. In 2017, 344 million domestic trips took off showing a 13.8 percent increase from 2016. Consumer spending on tourism-related products also increased by 15.9 percent.

The use of smartphones is considerably becoming the mode of choice for consumers during the new year according to an AdMaster survey in 2017.

Let’s just not yet discount physical stores the ability to create sales and revenue. The hosting of in-store activity is still a potent tool for marketers. Macy’s (U.S.) stores in New York, California, and Hawaii held beauty tutorials by Glam Squad, Dragon dances and fashion shows in 2018. They also sold CNY-themed products on their shops across the U.S.

These temporary retail installations are easily becoming a hit, especially on special occasions. Prada, an Italian luxury brand opened pop-up shops in key Asian Cities like Shanghai, Beijing, Taipei, Macau, Hong Kong, Seoul and Singapore where Lunar New Year is widely celebrated. The stores are like the Italian traditional luxury cafe for consultation purposes. Displays are inspired by the Chinese New Year’s Year of the Dog, like the limited collection pouches and keychains ‘robot-dog’.

In 2018, the Year of the Dog pushed brands to create and sell limited edition items. Top luxury brand Gucci sold a 63-piece collection of hand-painted dog portraits on their wearables and packaging.

Adidas designed their sneakers inspired by the Chinese symbols of blessings (Virtue, Longevity, Prosperity, Good Health) in traditional white and scarlet colors. A Chinese bamboo was also used as a hangtag.

Brands also took advantage of the online platform, especially the interactive mobile games segment. Priced brand Dolce & Gabbana created a red envelope game on WeChat that features a collection of six types of dogs. The goal is to collect the six to receive D&G red envelopes.

Gucci, on the other hand, launched an interactive game on its proprietary app with digital dog characters. It used facial recognition technology to animate dog characters with a person’s expressions for video recording and sharing to social media.

Consistent with the wagon, Mulbery designed an interactive web interface to encourage WeChat users to create online calligraphy couplets (traditional Chinese decoration on doors) and share it on their social channels to receive the Mulbery red envelopes. Users wrote their messages in calligraphy and designed them coming with a Mulbery item of their choice for the spring couplets. The Prospect of the Lunar New Year

The Lunar New Year is all about the red color being a symbol of good fortune. Advertisers and retailers should be aware of maximizing the color to sell their products. Using the red color on packaging and goods is highly favorable to complete the new year customer experience with their offerings. The Prospect of the Lunar New Year

Chinese symbols and characters can also be used by companies to be injected into their products. Like symbols of good luck, prosperity, good health and abundance. Greetings like ‘Gong xi fa cai’, Kung hei fat choi’ and others can also be used in stores and online. The use of Chinese animal zodiac has proven to be very effective.

The idea is for the brand to relate to the celebration and create an affinity among target consumers.

Your marketing and brand awareness campaigns should be clear of one thing before everything else on your plan, your Message. The rest will follow. How you communicate your message will play a large role in the success of your campaign.

You need to understand first the real purpose of the celebration. The Lunar New Year is a tradition that incorporates the family and the good traits and qualities it symbolizes are already clues of where you can drive your message and your strategies

You should understand your Audience, too. Your message should convey a real understanding of who they are. When you know them, your message will come across as authentic and intuitive that will create brand affinity.

Identifying an emotional trigger with your message is also a key. Make your audience feel your message and when they do they will relate and respond. The Prospect of the Lunar New Year

Your physical presence and look still matters for exposure, engagement, and sales during the festivities. Decorate your retails shops with new year decors, blings, and colors. Hang spring couplets and Chinese lanterns that symbolize a wish for the prospective coming year. Your staff can wear traditional new year outfits and use Chinese greetings of the new year and well-wishes. Conduct events in-store relating to the Chinese New Year, like the Dragon Dance, giving away fortune cookies and the likes. Create a mood of celebration in your store. This way people will perceive your store as part of the community celebrating the new year. Make sure to follow the red and white color scheme, too.

The online medium is getting larger by the day in terms of usage and reach. It is a no-brainer not to include them on your marketing strategy and campaigns to promote your brand. Here’s what you can offer them online:

The sharp rise of mobile gadget users is changing the online environment and the retail industry. Forecasts on smartphone use in 2019 showed 248.68 million in the U.S. and two billion worldwide (Statista). They access the internet using their smartphones for several purposes, including shopping. Mobile payments have also seen tremendous progress in the past years.

Since people are using mobile gadgets, especially mobile phones, you should turn to use the mobile platform into your brand campaigns. 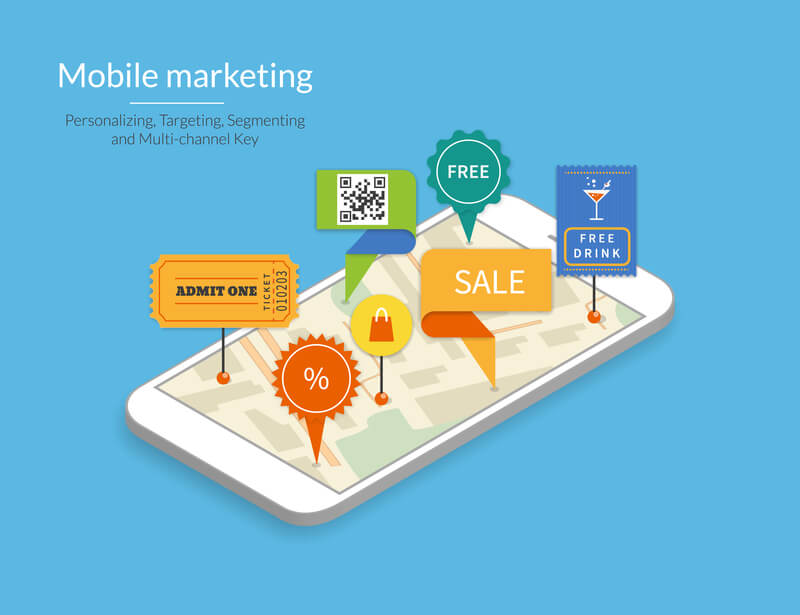 Timing for the Lunar New Year

Consumers don’t wait for the new year to arrive to buy and spend.

They are actually doing a lot of preparation before the new year arrives. New Year data says that shopping sprees happen even 2-3 weeks before the actual new festival, so you should start your marketing campaigns at least two weeks before that. Needless to say, planning for the occasion should happen at least three months in advance. Travel and Tour companies should start their campaigns at least a quarter before the Lunar New Year. The Prospect of the Lunar New Year

Still, the Lunar New Year is an opportune time for the trade and retail industries to peak up. They will thrive if they would follow the trends, the behaviors, and preferences of consumers and if they will offer value products and contents. They should upkeep their physical stores while boosting their online presence. Also, with seasonal events like this, time is of the essence. Companies should start planning way in advance and start implementing at least a month before the event. The Prospect of the Lunar New Year

4 thoughts on “Business Guide: The Prospect of the Lunar New Year”